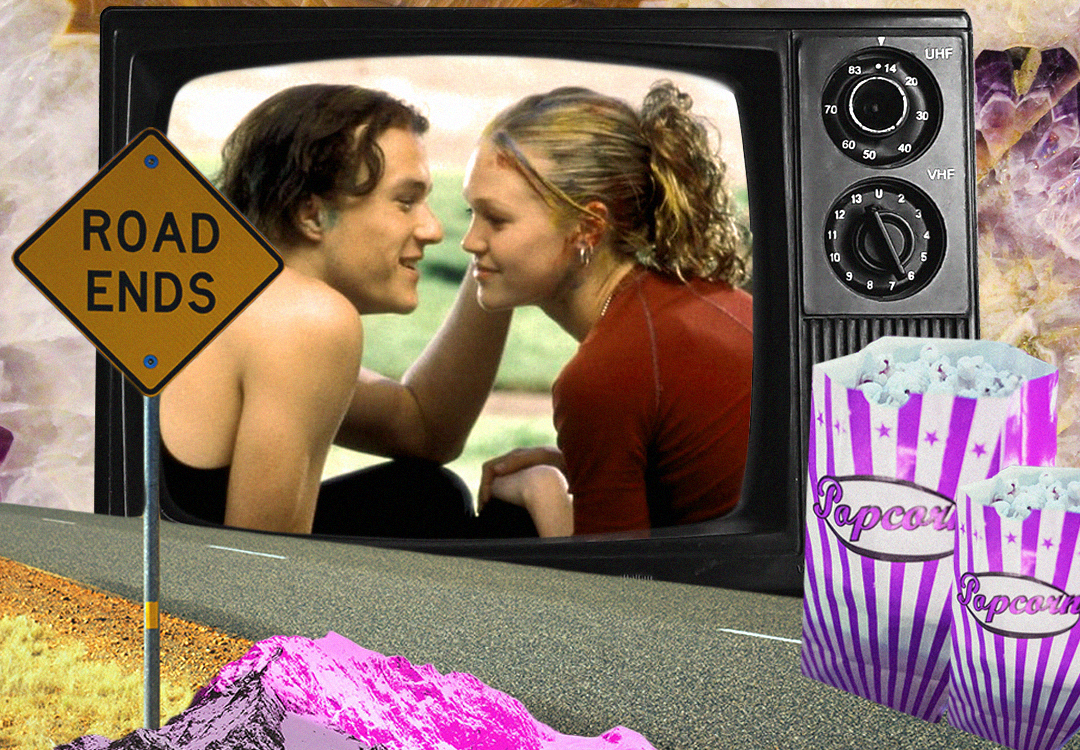 Alya Mooro on why we deserve happy endings where they *don’t* end up together. Are you listening, Netflix?

I want there to be a happy ending where they *don’t* end up together, I thought and subsequently tweeted while watching Holidate, a new Netflix film starring Emma Roberts. It had started off well, an independent woman seemingly content with her single status and questioning the common family ideals of being in a relationship, but soon enough took the obvious and really quite problematic turn.

At every step, the protagonist, Sloane, the last single child of three siblings, is ridiculed and made to seem less than for the absence of a ring on her finger or a date on her arm. She is sat at the kid’s table for Christmas and consistently questioned and pressured by her family members.

Even more heinously, perhaps, Sloane’s aunt Susan is unfailingly lorded as a warning of what the future might hold if she doesn’t get her act together and settle down pronto. She brings around inappropriate men who are often much younger than she is, wears what are portrayed to be inappropriate outfits, and lives what is made to seem a wholly inappropriate and lonely life. In short, being an older woman who is “still” single is made to seem really quite pathetic.

Of course, Holidate is by no means the first or only narrative to have given in to such clichés. From Bridget Jones lost in a sea of self-help books and empty wine bottles to stereotypes of “cat ladies” and the pity that often surrounds single celebrities, in media portrayals and in the world at large, it is often made to seem like there is no alternative happy ending.

As an article by Steve Burgess in the Calgary Herald put it, “Movies like The Big Sick and Call Me By Your Name are helping to broaden the historically narrow spectrum of cinematic romance. But it’s still about romance…

“A wider variety of people, or sometimes fish, are ending up with a greater variety of partners in the final reel. That’s great. But not many are walking away alone. And when the happy couple holds hands—or fins—and proceeds into the bridal suite, there are at least a few of us singles in the audience screaming, ‘Don’t go in there!’”

Indeed, at a time where stats show that the number of single women and men is higher than it’s ever been, it’s time for the media to catch up. Stats show that marriage rates have reached an all-time low, and that, for the first time in history, less than half the women in England and Wales are married. Similarly, in the US, the number of married Americans fell to 45 per cent in 2017 compared to 72 per cent in 1960.

The reasons for this decline do of course span far and wide, with strenuous financial situations, less interest in the legality of marriage and being unable to find the right partner foremost among them. But the truth remains that younger generations are increasingly getting married later than ever before, or choosing not to marry at all. Marriage is increasingly becoming a banal concept and one that is being reimagined.

It’s important that the narratives we consume reflect this because, as Burgess explains, “Like it or not, movies and TV are powerful forces to establish behavioural norms and standards of morality. And one of the things we are constantly taught is that life is a game of musical chairs where only the losers end up standing on their own.”

Real life, however, paints a different picture. Research has found that people who get married do not end up being any happier than they were when they were single. In fact, some studies found that lifelong single people do better than others when it comes to health and happiness, that they have more rewarding friendships, a more diversified portfolio of skills and interests, more personal growth and a greater sense of autonomy.

None of these things are really represented in pop culture narratives, least of all in Holidate where Sloane seemingly does not have even one friend. Rom-coms like this one often downplay the role of things like family, friends and career as sustainable sources of spiritual fulfilment. If they are shown, it’s often just as a placeholder until “the one” comes along.

Of course, there is no one way to live a happy life. Finding someone to share your life with is lovely, too, of course, if that’s what you want, and if you happen to find someone worthy. But even then, the idea that this is a happy ending is false. In truth, that’s just the middle of the story. Finding “the one” should not be the be all and end all, or the pinnacle of a life. Nor is the alternative the descent into pathetic spinsterhood that it is so often portrayed as being.

These narratives are damaging, and can make women – and men – settle for a relationship for relationships-sake, without really considering what they truly want and what – or who – would truly make them happy. There are lots of alternative happy endings, and we need to see them.