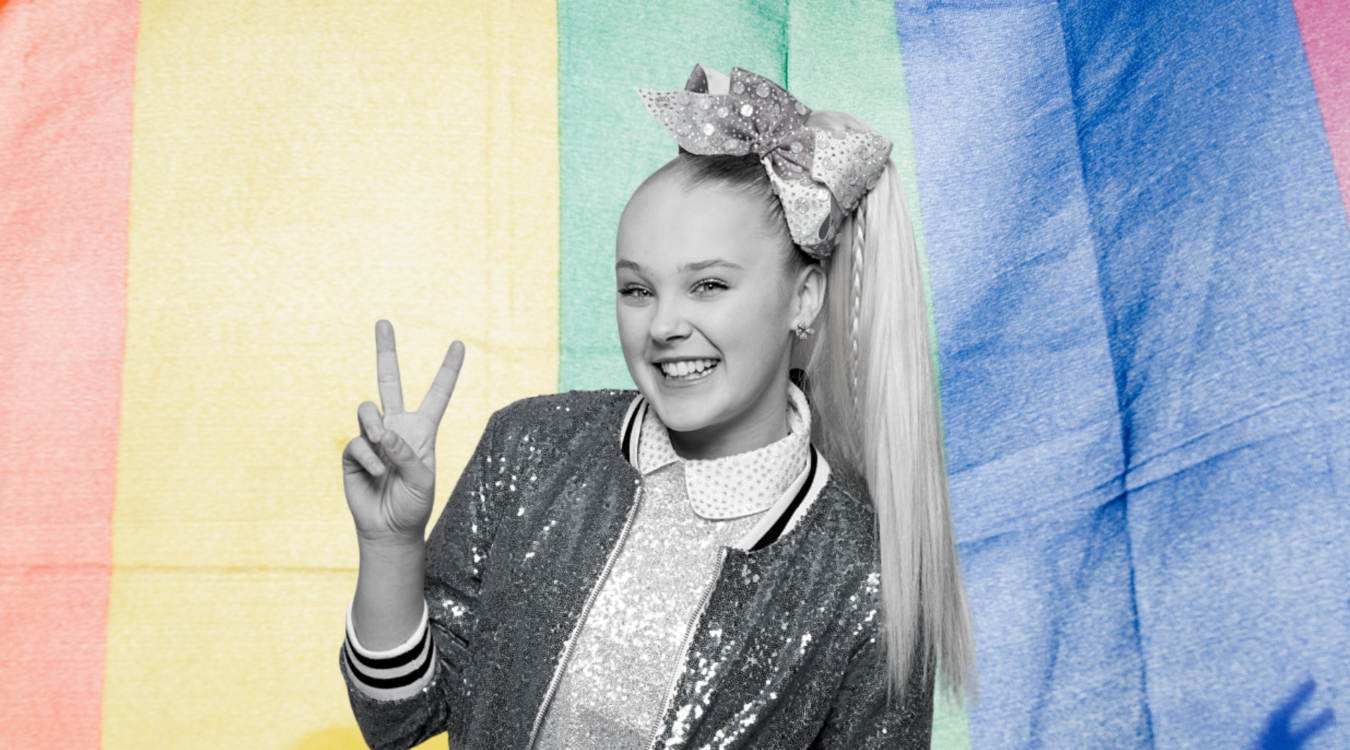 Jojo Siwa coming out is important. Here’s why

If you were a fan of the infamous reality show Dance Moms, then you’ll already know Jojo With The Bow-Bow. The rest of the world is more familiar with her as Jojo Siwa, the incessantly-upbeat YouTuber, responsible for thousands of children adorning themselves with oversized bows. Boasting Kim Kardashian’s daughter North West as a super-fan, Jojo is a big deal. Akin to Disney Channel teens of the past, she flaunts a squeaky clean brand image. This, coupled with her blonde hair, sequins and trademark grin, realizes Jojo Siwa as an ultimate all-American girl.

And, as of Saturday, she’s also an out and proud member of the LGBTQ+ community.

My cousin got me a new shirt pic.twitter.com/DuHhgRto7b

It’s not 2001, it’s rare to find a journalist interested in covering someone – no matter how famous – announcing that they’re queer. Especially, when said journalist is also proudly bisexual. But, this announcement hailed something different for me. Mostly because of Jojo’s target audience. But, firstly, we need to first remember that historically, children’s entertainment hasn’t been a particularly LGBTQ-friendly place.

This is largely due to the prevailing idea that the idea that children are ‘too young’ to understand something as complex as a (LGBT) relationship, yet this language is never used in relation to their straight counterparts. As if having gay characters simply exist within children’s media is somehow inappropriate. We all remember the cinemas that refused to even show 2017’s Beauty and The Beast, due to its inclusion of a single gay character. And, even in 2021, there are still parents that threaten to chain themselves to school gates in protest of their children learning of the existence of LGBTQ+ people. The idea that those of us who have joyful and fulfilling relationships with someone of the same sex is somehow so perverse that children shouldn’t be aware of our existence.

It’s something that LGBTQ+ YouTuber, writer and advocate Rowan Ellis, has discussed on her channel for several years. “In the UK specifically, LGBTQ+ education was hidden from children for many years, due in part to Section 28,” Ellis explains. “This made sexuality something hidden and framed it as something that was almost dangerous to children. And, as those children grow up, this cycle is perpetuated. We’re still seeing protests at the idea of including LGBTQ+ people in children’s relationship education.”

Ellis added that there was something equally special about Siwa’s coming out video. In which Siwa was purposefully vague about offering any label to herself. For many, the ‘best gay cousin’ t-shirt wasn’t necessarily labelling herself as gay, but, simply part of the LGBTQ+ community. In the same way that many bisexual or queer people often refer to themselves as gay.

“While a lot of people have speculated about specifically how Siwa has labelled herself, I think what Siwa did was really positive. Her coming out was essentially ‘I know I’m not straight, the rest, I’m not sure on’. And you know, that’s a really positive message to share. That you don’t have to be certain to come out.”

Siwa has talked about the ‘joy and happiness’ of sharing her sexuality with her 10 million followers. Which, in itself, also feels different. Across most media, we so often see the tragic side of coming out stories, of isolation and anger, and while this is a very real experience for some LGBTQ+ people, the positive stories are needed too. While clearly, a rich, cisgender, white teenager is more likely to see themselves represented, there’s a clear argument that LGBTQ+ representation of any kind is positive, specifically within this space.

Seeing these positive stories, particularly from their role models, can be a great reminder to young people that there are always people who will cherish them for who they are.

When I think back to the late 2000s, I can clearly recall a Google search for lesbian women – an attempt to find someone like me – would lead to either porn or Ellen DeGeneres. It felt like femme queer women only existed in videos titled ‘Sexy Sleepover.’ I feel that things are, undoubtedly, different now. We’re seeing progress. And, Ellis agrees. “I’ve done various talks and I’ll always end them with what needs to be done next. It’s really interesting how that’s shifted over the past few years. From gay marriage legislation to more representation in wider media, we’re definitely seeing incremental change. Not across the entire spectrum. We still haven’t had a gay superhero film, which is just crazy to me!”

Siwa’s news has notably been received with an outpouring of positive messages and support; proof that being both a children’s role model and LGBTQ+ are not mutually exclusive. Ellis, like most LGBTQ+ people, is hopeful. Representation is improving. And, young people like Siwa are driving change for the next generation.

Most importantly though, it’s always a joy to see another young person find the happiness in exactly who they are. And, if nothing else, that’s worth celebrating.