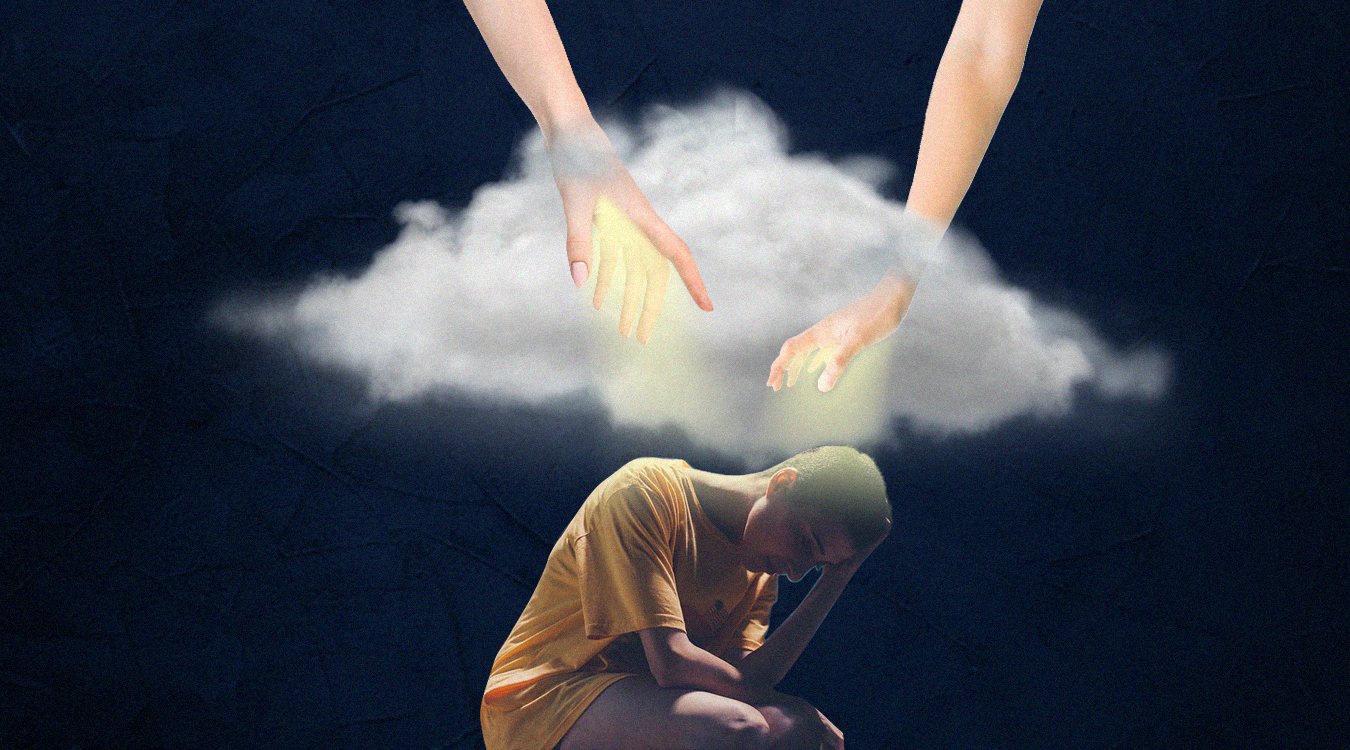 The Rape Reporting Process Must Do More to Accommodate Transgender People

Jamie Windust talks to Restless about the difficultly reporting a rape as a transgender person, and how the police mishandled their gender identity

When model and writer Jamie Windust reported their rape to police in June, they were both misunderstood and misgendered. After being picked up in the rain from the bench they’d lay upon in shock, police officers drove them to a quiet area to take a statement.

The first words you’d expect to hear when you tell someone you’ve been hurt are along the lines of “are you okay?” or “do you want us to call anyone?”, but after being assaulted by their perpetrator, Jamie was further assaulted with questions by the police about their gender identity and sexuality. They recall hearing “I’m sorry, we’re not familiar same-sex arrangements”, “what does that mean?” and “I don’t understand” straight away.

“They didn’t have the language, or ability, to empathise with a queer person in this situation,” says Jamie.

Writing in their victim impact statement, which was later published in the November issue of Gay Times (where they are a contributing editor), Jamie said they felt embarrassed when the police arrived. “I couldn’t understand the severity of the situation, and even in a state of crisis I still felt like I was unworthy of help. That I was being too much. That’s what happens when you’re told your whole life that your existence isn’t worth anything. Part of you starts to believe it.”

When the police took Jamie’s statement, they asked if they’d been with a hooker. “I questioned where they got this information from, and they relayed that in my 999 call I said I had been for a ‘hooker’. I’d actually said ‘hook-up’. They didn’t understand what a hook-up was and asked how I’d met the assailant. I told them it was through Grindr, and I could tell they didn’t know what this meant either,” Jamie explains.

They did know this meant a same-sex arrangement, and then requested an LGBTQ+ officer from Jamie’s local borough to meet with them and discuss the incident. “I told him about my pronouns, and he was understanding. He explained what his role was (a person also from the LGTBQ+ community, who could be a familiar face) and he understood everything I was explaining.”

When they were taken to the station, transphobia continued. Going through forensic examination, Jamie was offered support for male survivors of sexual assault – there are no available resources for those falling outside of “male” and “female” gender identities – and were continuously misgendered throughout the investigation. The police even misgendered Jamie to their friend, while taking a witness statement from her, despite numerous corrections.

Jamie tells Restless “The feeling of being misgendered for me now, doesn’t surprise me. It hurts, and it’s like burning yourself with curling tongs. An almost familiar feeling of pain, but one you learn to navigate. That night, it hurt more because all I needed was safety and security, and language for me is really important in creating that safe environment. [Being misgendered] made me regret reporting it, because I knew I was entering enter a system that wasn’t made for me.”

An almost familiar feeling of pain, but one you learn to navigate.

Despite his lack of understanding, Jamie grew close to the LGBTQ+ officer. “He had given me his telephone number to ring him if I needed to speak, and I would message him to try and chat but due to his work schedule it wasn’t always possible.” Jamie was offered a number of options for outreach, but none were trans-inclusive, or 24/7, leaving them without adequate support.

Jamie quickly lost faith in the system’s capacity to support a transgender victim. It was clear the police lacked the knowledge and compassion needed to assist a gender non-conforming person going through this kind of trauma.

It’s no secret that the British justice system is flawed at best. In 2019, 99 per cent of rape arrests went without a charge, resulting in no legal proceedings. For gender non-conforming people like Jamie, the process’ failings are only intensified. Statistically, transgender people are twice as likely to be a victim of a crime than cisgender people in England. A whole 47 per cent of transgender people are sexually assaulted at some point in their lives.

Jamie’s case was dismissed due to a lack of substantial evidence. A new officer, who Jamie had not yet met, delivered the news, misgendering them throughout the conversation.

“When he told me, I wasn’t surprised. I knew the conviction rate, and I knew that instances like this were rare, but that hadn’t stopped me from thinking of a future where it would be taken to court. At this point, I was ready for it to end criminally, so I could focus on my own personal processing.”

A new officer, who Jamie had not yet met, delivered the news, misgendering them throughout the conversation.

Jamie says they spent months in denial and spiralled. They are still on the waiting list for mental health support, which was supplied through the forensic hospital they attended, and through the ISVA service with Survivors UK. However, the pandemic means the waiting list spans from 9-12 months. “I am still within those waiting lists now. I knew I couldn’t wait, so I went private and was put on antidepressants to cope.”

Jamie believes the rape reporting process, as well as mental health services in the UK, must do more to accommodate transgender people. Despite these barriers, Jamie has found closure through writing about their experience and seeking support through trans inclusive services like Survivors UK and GALOP.

The LGBT+ foundation says transgender people often feel discouraged from reporting rapes and sexual assaults because they believe there are no services for them. The invasive reporting process which focuses on the gender binary only exacerbates this fear.

The organisation published a guide in 2015 (revised in 2017 – the most recent we could find) for transgender people affected by sexual violence. In this, they explain that “it can be difficult for trans people to talk about sexual violence for a number of reasons including the lack of specialist support services, fear of exposure (being outed as trans), feeling ashamed and isolated and fear of a transphobic response from services. Trans people may feel increased levels of vulnerability during medical examinations, too.”

Trans people deserve the right to receive adequate support, no matter what gender they identify with. The rape reporting process, and the forensic examinations and mental health services that come with it, must be revised to accommodate them. The police’s lack of LGBTQ+ knowledge and understanding reinforces the violence transgender people already endure daily.

If you or someone you know has been affected by the issues raised in this article, please find a list of resources below:

A survivor-led/survivor-run voluntary organization supporting male survivors of sexual abuse and rape. Survivors Manchester recognizes the difficulty trans men may experience in seeking support and being recognized as the gender they identify with. They welcome any men to their service regardless of the gender they were assigned at birth.

Offers forensic, medical, and counseling services to victims of rape or sexual assault, including trans people.

Victim Support
Their services are confidential, free, and available to anyone who’s been raped or sexually assaulted, now or in the past. You can speak to them at one of their offices or over the phone. They offer a trans inclusive service.
Web: www.victimsupport.org.uk National Supportline: 0845 30 30 900 (open 8am-8pm Monday-Friday; 9am-7pm weekends and 9am-5pm bank holidays)
Greater Manchester Supportline: 0161 200 1950

The Sanctuary: Manchester
An ‘overnight, every night’ service providing support in either a face to face or over the phone. The service is inclusive of trans people.
Web: www.selfhelpservices.org.uk/shs_service/the-sanctuary/
Phone: 0161 637 0808 (open 8pm–6am, throughout the year)

The Survivors’ Network
A charity based in Brighton offering a range of services to survivors of any gender aged 14+ who have experienced any form of sexual violence. The helpline, email, and text service is a national service, which is inclusive of trans people.
Web: www.survivorsnetwork.org.uk
Helpline: 01273 720110 (Wednesday and Friday, 7pm – 9pm)
Email: help@survivorsnetwork.org.uk Text support: 07717 999 989

An LGBT+ anti-violence and abuse charity based in London that gives advice and support to people who have experienced biphobia, homophobia, transphobia, sexual violence, or domestic abuse. They offer local support services to anyone, including trans and nonbinary people, who live or work in London and a national helpline for information and advice.
Web: www.galop.org.uk
Advice line: 020 7704 2040 (an answerphone is available when the advice line is closed) Email: info@galop.org.uk