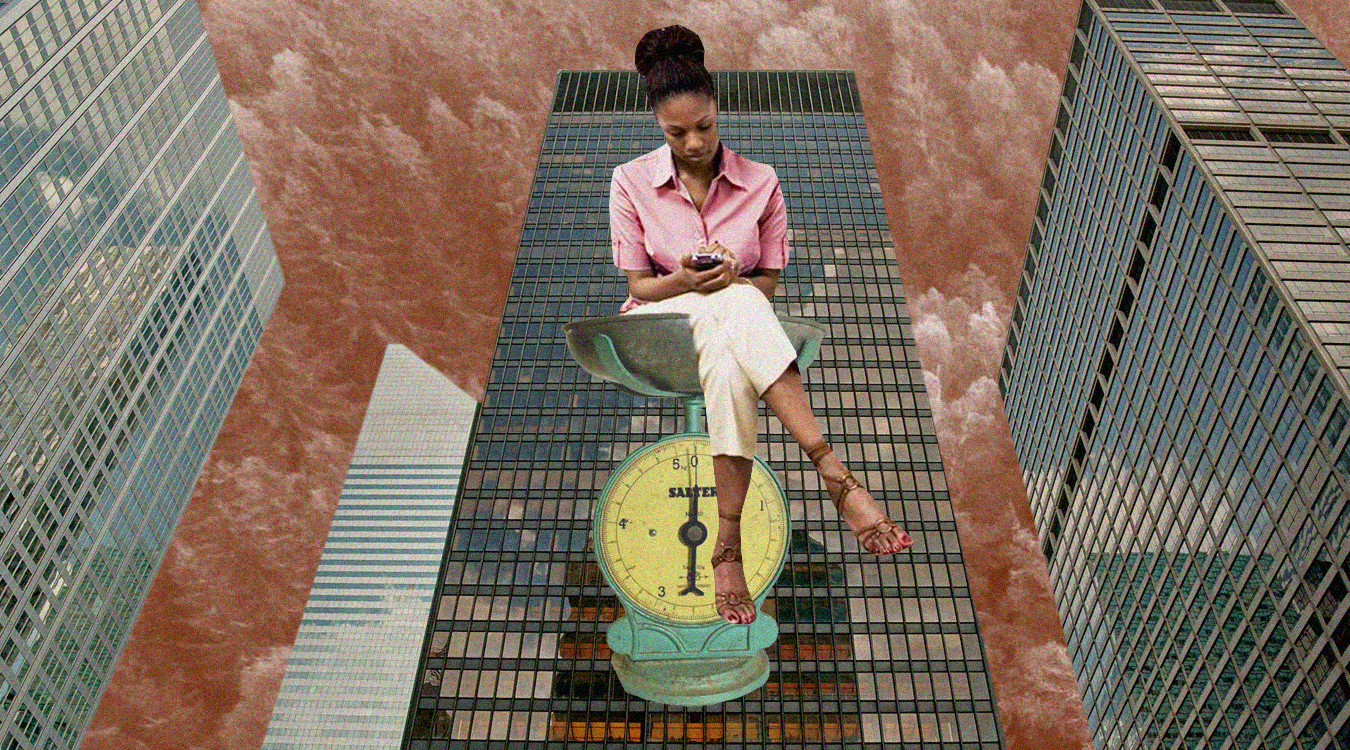 What Do You Mean By Diversity?

About a month ago, I noticed on LinkedIn that my old company was celebrating an article they’d published. It was about diversity in their part of the finance industry.

It was as ironic as it was blood-curdlingly annoying.

When I worked there, I also wrote an article about whether the industry was diverse, specifically ethnically. As a young female of ethnic minority background working in the space, I felt well-placed to make a judgement.

Based on my research, I found that it wasn’t. The industry was largely dominated by men, most of them white – and this was reflected in our own senior management team. Unfortunately, my manager – who was male, white, and who got his job through an acquaintance without an interview – decided that I couldn’t publish it on our blog. It argued too much that if you weren’t a white man, our part of the finance industry wasn’t an easy place to be.

I’m sure if asked today, he’d explain that the standard of my writing wasn’t good enough. That’s why we didn’t publish.

I’ve often wondered how much companies truly value diversity, whether that be gender, socio-economics, sexuality, ethnicity, disability and more. It’s all very well littering adverts, websites or prospectuses with well-represented stock imagery, but when push comes to shove, do companies actually care?

If you’re the first to be cut in a time of crisis, it implies an imbalance

Data shows that ethnic minorities were disproportionately affected by the economic impact of both the 2008 financial crisis and of COVID-19.

Back in 2008, ethnic minorities were found to endure higher rates of unemployment, lower earnings and fared worse during austerity than their white counterparts.

In the COVID-19 downturn, despite only making up 12% of the whole UK workforce, the same ethnic minority groups were overrepresented in the worst impacted industries. That includes food services, accommodation, transport, storage etc. And whilst this isn’t to say that as an ethnic minority, you’re the first to be cut in a time of crisis, it implies an imbalance in representation across the full spectrum of UK industries, and at different levels of seniority.

OK, what is diversity?

Often, championing diversity is looked at as an extension of affirmative action: giving underrepresented groups opportunities in spaces to which they don’t ordinarily have access.

The argument that it “doesn’t make sense” to give someone an opportunity “for the sake of it” or to “fill a quota” is common. But let it be known that companies do not hire unqualified candidates. They do not part with months and years of wages for the sake of it. Otherness is not a miraculous token of advantage. If anything, it’s often the opposite. But the additional layer of experience that it gives you is something that hiring companies can benefit from.

A good – albeit tangential – example of this in action is the latest series of Celebrity Masterchef. (I should say here that I’m a reality TV fiend and will refer to it as hard-hitting evidence.)

TV personality and travel company founder Amar Latif lost his sight in his late teens. He was the first-ever blind contestant on Masterchef. For me, watching him compete – from preparing and cooking ingredients blind to presenting it to restaurant standard – was a learning experience. It so clearly demonstrated that diversity is not just about giving an opportunity to a marginalised group, but about broadening our own understanding of how others exist in the world.

Are we accountable enough?

This year, I was made redundant from my job when COVID hit. Incidentally, five of the six redundancies were ethnic minorities, leaving the company with an all-white workforce. I’m certain that this wasn’t the intention, but it made me wonder whether diversity is only valued as nice to have when things are going well? When things take a turn financially, it’s no longer fundamental.

Since 2017, companies have been obligated to report on their gender pay gap, but there’s no equivalent for other equality disparities. Perhaps if organisations were more accountable in this way, diversity could be valued more concretely?

You may not think it important, but imagine that when companies inaccurately present themselves as diverse or as working towards diversity, minority candidates can apply for roles and end up unprotected within structurally ignorant spaces. And the long term effects of this can be very damaging. Diversity is not just visually representing groups in spaces that they don’t inhabit.

Diversity is not just visually representing groups in spaces that they don’t inhabit.

When I submit work for competitions, magazines and schemes that ask for BAME writers, I don’t expect my brown skin to fly me through on a golden ticket. I’m also able-bodied, I come from a middle-class upbringing, I went through private and then higher education. I, like all of us, have so many privilege-triggered blind spots as a result of my personal experience that thinking that I could represent diversity because of being mixed race alone is wild.

Diversity manifests in a prism of different faces, and so many of them aren’t visible at all. True diversity introduces us to new perspectives and experiences – and that opens our eyes to fresh realms of understanding about ourselves and the people around us.

It is not a monolithic quality.

More from Work
See All

Claire and Hannah Redefine What it Means to Work Together 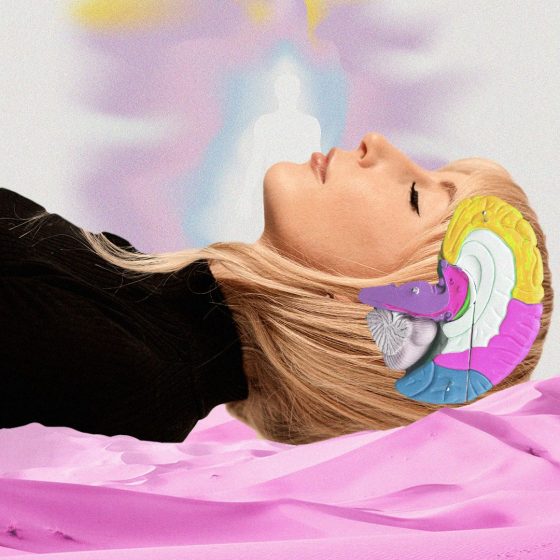 Izzie Price explores dopamine and its effect on achievement-based careers 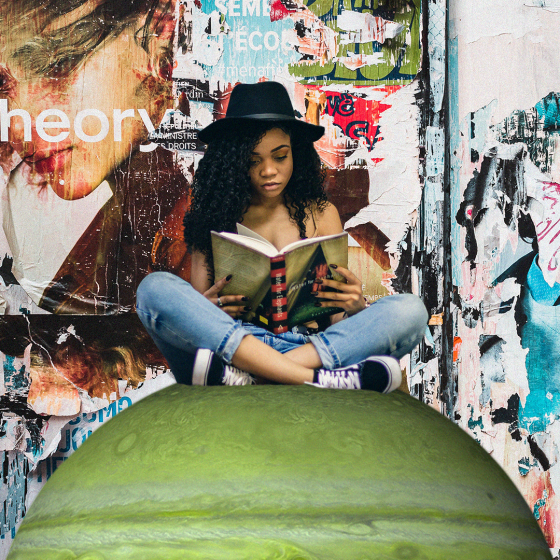 Women in Business Feel Like Imposters, But It’s Not Our Problem to Fix 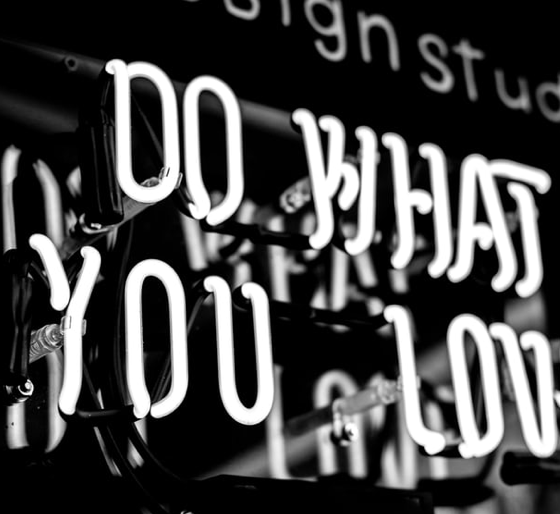 Are you an experienced brand partnerships manager? We want to hear from you