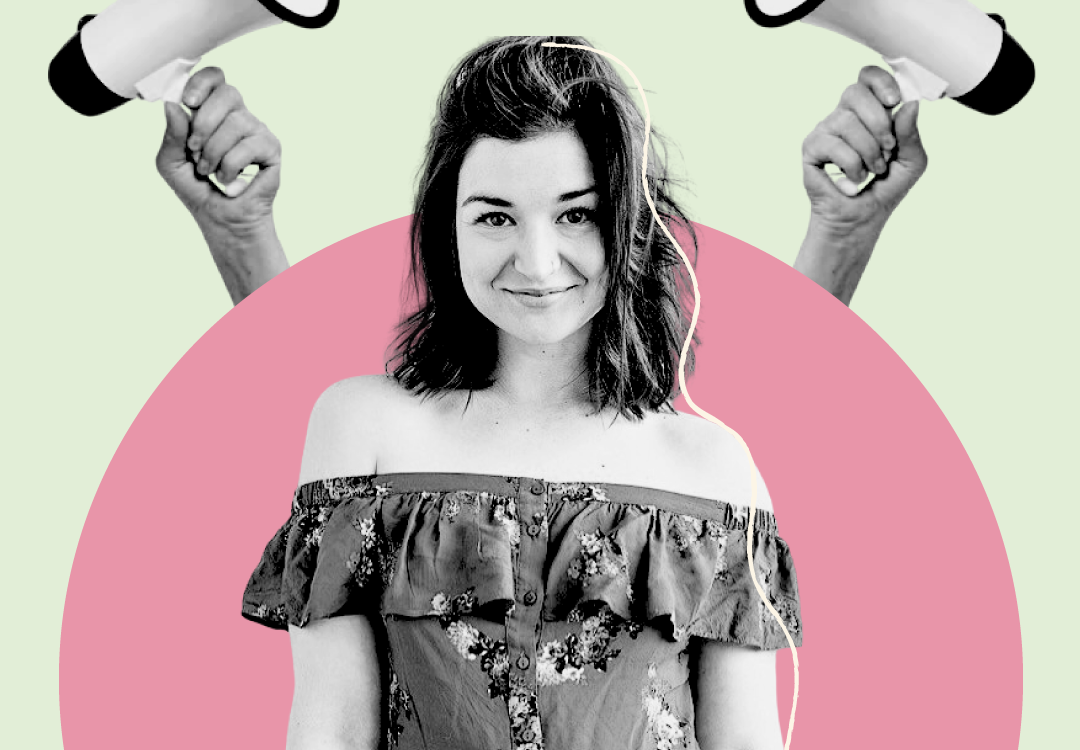 The Double Standards of Aging

Last weekend was my golden birthday. I am now a wise twenty-nine-year-old woman with a new perspective and a new set of wrinkles, and today we’re talking about aging. Break out the sunhats and SPF, because I’m about to bring the heat. And heaven forbid us ladies get a sunburn, for it will make us age faster, and no one wants that!

When it comes to aging, we’re damned if we do and damned if we don’t. Botox and facelifts are shoved in our faces as soon as we turn thirty, and then we’re mocked for partaking. If we don’t, we’re shamed for having wrinkles and “letting ourselves go”.

Ah, the catch-22 of being a woman. We really just can’t win, no matter how you spin it.

When men age naturally, they’re sexualized, said to have experienced a “glow up”, and given the nickname “daddy”. They’re praised and put on a pedestal for their bodies doing what bodies do over time – growing older.

When women age naturally, we are pitied, called frumpy, and said to have given up, further proving that, at no stage in a woman’s life will she ever have peace. And at no stage, will anything be fair.

Why is this, I wonder?

Is it because aging, like many other things, is sexist to its core? Is it because women are held to unfair beauty standards while men are praised for exerting zero energy on a task, like changing their child’s diaper, opening the door for a woman, or sprouting a gray hair in their beard? Is it because the beauty industry is part of some larger attempt to deplete a woman of her self-worth as a means to continuously control and profit off of her?

Aging has been on my mind lately, and why wouldn’t it be? I am twenty-nine now, also known as the perfect time to start feeling like absolute shit about myself, while my male counterpart is high-fived for making a sandwich by himself for the first time.

And while I’m cognizant of the vitriol behind most beauty campaigns and many of the latest trends, they do get me from time to time.

The other day, I was staring at my face in the mirror, and I took my fingertips and pulled the skin on my face in an upward motion, mimicking a mini facelift. For a moment, I thought, “I’d look better like this.”

I manipulated my face to make it appear more youthful. By pulling and tugging at my skin, the area around my eyes appeared to be more taught and my jawline was a little more apparent. I looked wildly unlike myself, and for a moment, that’s what I wanted.

Look “better”? Like “this”? How I look now in my natural state?

I stopped myself. I let my face fall back in place. And I stared at myself in the mirror for a while, and I examined every inch of it – every wrinkle, every shadow around my eyes, every freckle. And while my face has certainly changed over the years, particularly in my late 20s, that doesn’t mean it’s gotten worse.

Do men look in the mirror and poke and prod at their faces? Do they think of dying their hair when it turns salt and pepper? Are they inundated with commercials and ads for anti-aging cream, or Botox, or the latest this and newest that?

I know men have their aging woes, too. I’m sure it sucks to lose their hair if they’re predisposed to that, but men can get away with a bald head. As a matter of fact, they’d be called “bald daddy” and pined after by folks everywhere claiming they look like The Rock.

I’m sure it’s jarring when a man first sees flecks of white and grey appear in their sideburns, but men with naturally aging hair are put on the cover of GQ and called the sexiest men alive.

Women on the other hand? When we lose our hair, which some women do due to medical reasons or aging, we’re seen as unattractive and asked if we’re ill.

And when women allow our hair to naturally change to gray, we are begging to be asked why we don’t dye it to make ourselves appear younger, or we get mistaken for our child’s grandmother while grocery shopping.

So, we oblige. We bite. We take the bait. We get that Botox, or we dye our hair, or we tug at the skin on our faces and decide to make it a permanent change. And when we do, there the judgements are waiting on the other side.

“What happened to her face?”

“She clearly got work done.”

“That looks so unnatural.”

In the words of Regina George, why are you so obsessed with me? Can a woman just have a little peace and be left alone?

There’s a vast difference between those who opt for procedures and those who feel pressured to partake. This isn’t knocking facelifts, or laser removal, or spending hundreds of dollars at the salon. This is merely stating that men don’t necessarily have the same pressures women have to remain “youthful”.

And, at the end of the day, it’s simply unfair.

Beauty standards are sexist, and, honestly, what isn’t? The truth of the matter is that it’s nearly impossible to exist in a society that does not have your best interest at heart, and I’m sure every woman reading this can agree.

I wish that we could have peace during at least one stage of our lives, especially a stage as beautiful and celebratory as old age. Getting older should never be seen as an inconvenience. Getting older is a gift. It is a luxury I only hope I’m given one day, and I will be damned if I make it to age sixty or seventy and still allow society to make me feel like I’m not good enough or as if my aging body is something I should be ashamed of, hide, or “fix”.

Society can continue to create product after product to try to break women down, but those companies will suffer when enough of us know the truth – and the truth is that who we are, in our natural state, is more than enough. And we are beautiful just as we are. Even at thirty. Even at fifty. Especially at seventy.

If there’s anything in this world that needs a lift, it isn’t the women who are under attack for their physical appearance, but the brands behind it. And to those who dare to profit off the degradation of women, you are ugly to your core.

Gray hair and laugh lines are natural. Profiting off of and encouraging insecurity is not. That’s the truth. That’s the real ugly. And that is the problem.

Have you thought about fixing it?