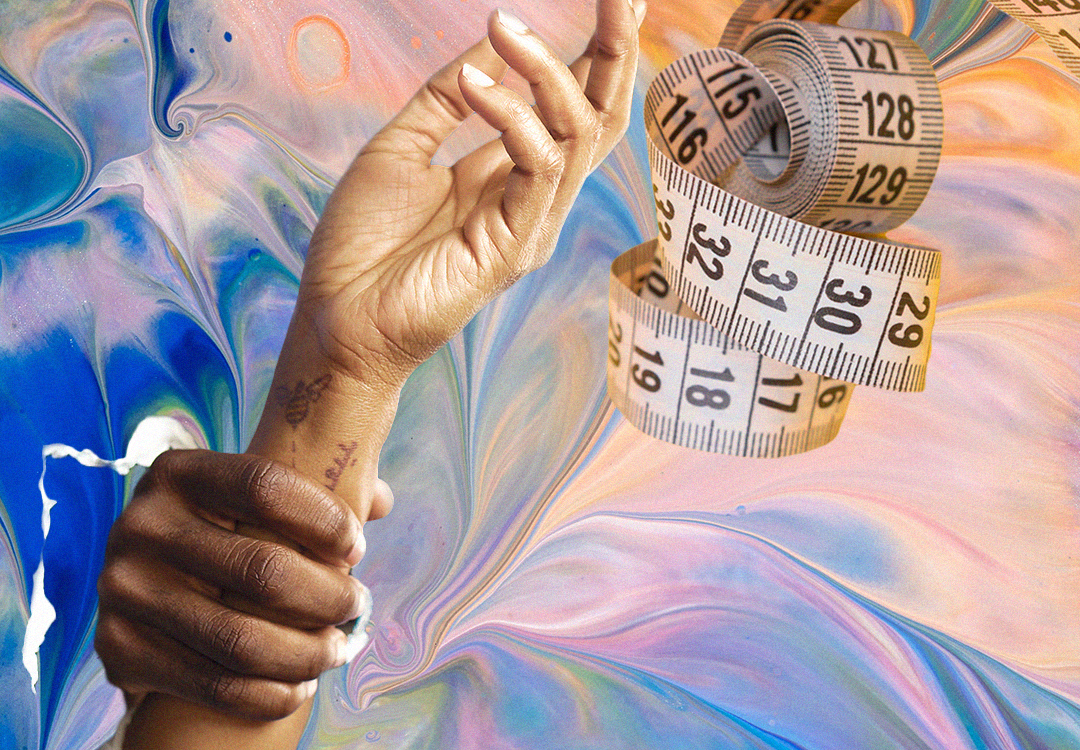 My Sister’s Anorexia and My Guilt

As children, my sister and I were polar opposites in many cliched ways. I had dark hair where Eleanor was fair. I was brash whilst she was subdued. I was heavy-footed and clumsy where she was delicate and actually good at baby ballet.

An angry and reactive child; I’d fling my body around the house crying like a whirlwind when I didn’t get my way. My sister on the other hand, was reserved, sensitive and sweet. Rarely lashing out, it was her obedience that I disdained most and I singled her out as the focus of my frustration.

Entering year nine, it felt as if everyone had lost the puppy fat that differentiated children from teenagers, and now the hallways were lined with friends towering above me whilst I remained a respectable 5’3. Where my vertical growth had slowed, my appetite for junk food had not.

Wrappers could be found in all corners of my bedroom. When pushing my cold hands into the pockets of winter coats I hadn’t worn in months, my fingers would brush against the angular plastic casings of snacks consumed in secret over the summer. I’d wait until I was out of the house before spilling my brightly colored bounty into a bin, ridding myself of the evidence. This wasn’t necessary. The very fact that entire multi-packs vanished from the pantry as quickly as they arrived was damning enough. When confronted, I blamed my sister. No one believed me. She was the very essence of moderation, and I, of excess.

I scrutinized my body for hours. I kept a Bridget Jones-style diary to chart each pound, lamenting the fact I was overweight (I wasn’t). Shop changing rooms were a minefield. Trying clothes on in front of my mum and sister made me feel isolated, I wasn’t petite like them and felt like the odd one out. They didn’t know what to say and I didn’t know what I wanted to hear. The tears would quickly turn to rage.

My mum helped put me on a diet but the misery ensued. Despite being able to identify patterns of disordered eating in my behavior then and now, I didn’t develop an eating disorder. A family friend commented that this was because I ‘lacked the commitment required’ to sustain anorexia or bulimia. If you judge that remark on how many insecurities it hit: ten for ten. In actuality, an eating disorder doesn’t care if you have the perseverance to stick to something, and flippantly suggesting otherwise is damaging.

It wasn’t until I was twenty and Eleanor was seventeen that I got the call from her best friend to tell me my sister had anorexia. A cold that lasted months, a bruised rib from persistent coughing, and falling asleep at school had all alerted friends and teachers to the fact something was wrong. Now living a four-hour journey away, I’d been completely oblivious.  I felt my heart drop to the pit of my stomach.

Other than being a sounding board for my parent’s anxieties and frustrations, my role in my sister’s recovery always felt like a question mark. We didn’t have a friendship, as I felt she viewed me as an extension of our parents. Anorexia only made Eleanor retreat into herself more. The best way to preserve the relationship we did have, was to back off and leave them to it. Though this approach may have protected my sister, I was left feeling almost entirely disconnected.

Eventually, Eleanor was admitted to an eating disorder unit, where she would end up staying for around 5 months, followed by a second stint of a similar length the following year.

The first time I visited her there I had journeyed home as a birthday surprise. In my attempt to become closer to Eleanor, I had tattooed a rose (her middle name) onto my ribs. When I revealed this she cried. She hadn’t thought I’d ever get something permanent on my body linking me to her. That upset me and I cried too.

On another occasion, we passed the family therapist in the hallway.

I wasn’t entirely sure what I was to make of that throwaway comment, but it hit me right where I felt the most vulnerable, and the guiltiest. What I had yet to admit to anyone (and wouldn’t comfortably for years) was that I often wondered if the space I’d taken up in our home had left less room for Eleanor to become a happier person.

Throughout our lives, she watched as I demanded the attention of our parents. Quietly observing the stress my bad temper inspired, she kept quiet when upset, internalizing her feelings. Though at the time it felt like my body was the only one under scrutiny, Eleanor recently shared that a family member frequently advised her to watch what she was eating or risk ending up ‘like me’. The hidden chocolate (a result of my limited self-control), taught her sweet treats were a shameful indulgence.

Now that we’re older, I’m happy to say our relationship has greatly improved. Eleanor is doing brilliantly, and recently began a Nursing degree inspired by the compassion of the incredible staff she met on her own journey.

Sometimes, my phone screen will illuminate with a new message.

From Eleanor: I miss you!

I don’t think she realizes that it’s strange for me to have her keeping in touch so keenly.

Having recently started psychotherapy, I’m also working to improve my own mental health. Fortunately, my therapist has a wealth of experience in supporting families of those suffering from eating disorders.

Left to my own devices whilst my family worked through Eleanor’s anorexia together, I’d taken it upon myself to absorb as much of the blame as possible. Within my mind, I raked up countless occasions I was aggressive, making her feel small. I convinced myself that the origins of her illness were my cross to bear.

It should have been me, I thought.

What I didn’t allow myself to remember, was that I’d been a child who was struggling too.

Though my therapist continues to help me understand that no one person or event is responsible for the development of an eating disorder, the hardest part of facing my guilt was calling Eleanor to tell her I’d written this article.

I believed I’d shielded her from my feelings so as not to burden her with, what I felt, were incomparable problems. Sitting on the other side of our conversation now, I realize I’d been terrified that she’d confirm my worst fears: that it was my fault. Instead, my lovely sister listened to me cry at her, smiled and told me that there was nothing I could have done to prevent it.

My phone screen illuminates once again.

“I read the article and I know why the family therapist said that she knew who you were.”

“The week before we’d spent an evening sharing old photos and videos. I showed her a clip of us playing together in the village hall before your fifth birthday party.”

I instantly know the video she means. In it, you can see us chasing each other around the room. I fall to the floor and Eleanor drapes her little three-year-old body over mine in an overzealous hug. “I’ve got my Gracie,” she says. “I’ve got my Gracie.”

Yes, I think to myself. You do.