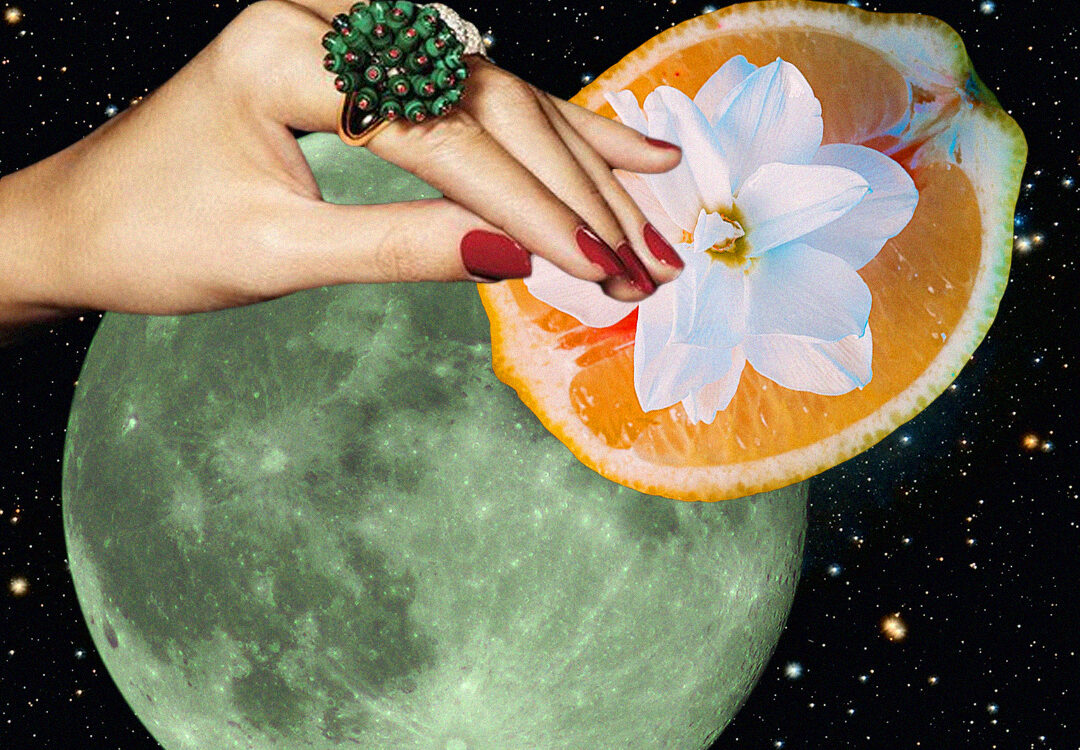 British Muslim Women On The Moment They Dissociated Shame From Sex

“If shame is the middleman when it comes to sex, control is what manifests instead”

While on the phone to a friend the other day, I said the word “sex” in passing, in relation to this piece I’m writing. She interrupted the conversation to say that she couldn’t believe I openly said that word in a British Bangladeshi Muslim household. She didn’t know any of her other Muslim friends who would dare to do the same.

Sex, in British Muslim cultures, is still taboo. Talking about sex, getting laid (especially before marriage and even after you get hitched) and being open about your sexual desires, tends to be kept hush-hush.

Even if we all know that plenty of things happen in between our legs, within wedlock or not.

Though Islam is a sex and pleasure positive religion between wedded couples, shame is still a large component of how Muslim women culturally learn about sex. So, if shame is the middleman that appears in relation to anything sex-related, control is what manifests instead of a healthy sexual appetite. Control over how women should appear (we all know that’s always an unfair sliding scale) and Muslim women’s relationship with sex itself.

That’s why it’s important to discuss when and how British Muslim women have been able to dissociate shame from their sex lives. Before we get under these sheets, it’s important to remember that these stories are from a British Muslim perspective and these are only a handful of women. It’s impossible to be representative of nearly 2 billion people worldwide but we hope to remove the stigmas surrounding shame and sex through these stories.

For writer Shahed Ezaydi, it was unlearning that the essence of her entire body was shameful. “I definitely grew up ashamed of my body, which included everything from being ashamed of my periods to making sure I dressed ‘respectfully’ and to shameful attitudes around sex.” Sex was only ever discussed in a negative light for Ezaydi, mostly when her mother was reminding her at every opportunity that she wasn’t even to think about sex, let alone have it.

Sex was only ever discussed in a negative light

“It was this strange thing that only married people do in order to have children. So, I think this negativity and fear around sex made it into this really intense and shameful thing, that many Muslim women I know definitely also think and feel.”

Artist and teaching assistant Zafeerah Heesambee’s story echoes Ezaydi’s experience as she recalls a holiday memory from when she was thirteen. She was bent over due to stomach pains and without realising, a man was staring down her top. Her mother abruptly told her to stand up and told her she was at fault for bending over. “It was from those small interactions and then slowly the ones I had as I got older and started dating, that I learnt to feel my body is something I couldn’t take ownership of. Something for someone else. Something to please the next person, but not myself.”

Yet while Ezaydi’s way of dissociating shame from both her body and sex was by reading works by Muslim women, talking about sex openly with her non-Muslim friends over the years and learning that Islam doesn’t see female pleasure as something dirty or shameful, Heesambee’s was to create a project surrounding womanhood and intimacy last year.

“I’ve sought to reclaim my narrative surrounding sex and intimacy, particularly after trauma,” says Heesambe. As that’s another thing, if British Muslim women have not been raised to speak about sex, never mind have it, we definitely haven’t been taught to speak about any assault we’ve encountered.

What appears to be a collective experience is taking the road alone to actively unlearn shame from sex. Unlike their non-Muslim peers, these women of colour didn’t learn how to maintain a healthy sexual attitude. Sex education was taught (barely) at school but mainly, learnt while in the middle of getting some.

‘Hell’ or jahannam was also a common denominator for these British Muslim women. “I grew up feeling like I had to wait until marriage to lose my virginity — not because I wanted to but because I was conditioned to feel like a bad person that would go to hell if I didn’t,” says Ruhena Funmi.

Though the concept may seem childish or ‘backwards’ to keep hell in mind, when it comes to your sex life, it’s completely rational when faith is the framework for one’s life.

Nonetheless, what’s made clear through books such as Dr Asma Barla’s Believing Women In Islam, are the ways ‘hell’ and ‘punishment’ have been mistaught as extremes to curb women. Especially when it comes to our bodies and sexual desires. British Muslim men aren’t reprimanded for losing their virginity before marriage as Muslim women constantly are.

A lot of us feel like pariahs from the community of women, especially at puberty

As Zeba Talkhani pens in her memoir, My Past Is A Foreign Country, “The ones being policed are the ones policing,” how you explore your sexuality, may shape how others in your community treat you. Questions such as ‘how Muslim someone is’ comes to mind — something that cannot be ever quantified yet is used as a way to ‘play God’. “Self-hate, unhealthy relationships, and other issues are created from the ignorance and shaming of women and sex.” It’s a hope for Funmi that this shame will not be passed onto future generations.

Navigating the relationship with her body and re-identifying what intimacy means without another’s influence, especially after trauma, is something Heesambe is also keen on. “Often the shame of Muslim women discussing sex, whether it’s within the Muslim community or outside, has caused an added difficulty in opening up about sexual assault. It adds tax to the healing process.”

For many Muslim women, attempting to dissociate shame from their bodies and sex itself, doesn’t stop just because you get married. For Anna Hassan*, who was raised in the Middle East but has been living in the UK for the past seven years, “I haven’t managed to remove the stigma of shame from sex completely.”

I still cannot say to my husband “let’s have sex”

“I’m open-minded and a thirty-year-old woman who has been married for three years, yet despite all of this, I still cannot say to my husband “let’s have sex”. I don’t like saying it and I use various euphemisms instead!”

Even though Hassan is very comfortable with her husband when they are intimate with each other and the act itself doesn’t make her feel shameful, she still struggles with articulating her sexual desires. “My mind knows that sex is natural and necessary for a healthy life and relationship, but my gut reaction is that it should be hidden away and not talked about. Almost everything I learned about sex I learned from the internet and if I need advice I will Google it rather than ask anyone I know.”

In addition to the shame, these British Muslim women, in particular, have had to disconnect from their bodies and with the act of sex itself. What’s also obvious is how through this unlearning, there’s a question to which culture and what part of the religious spectrum one fits into. What the pull of the British Muslim identity means if they are going against what’s expected of them to be ‘good Muslim girls’.

For the author of Hijab and Red Lipstick, Yousra Imran, who grew up between the Middle-East and the UK and shares that “British Muslim women are a lot more open when it comes to talking about sex,” but for her, there’s also the work of unpacking what a Muslim woman ‘should’ behave like, especially when it comes to sex.

“I’m met with surprise from my non-Muslim English friends and colleagues when I have joked or spoken about sex – it’s almost as if they didn’t expect that this Hijab-clad woman who pops out at prayer time to pray while at work would have a sex life or loves a good sexual innuendo.

“I also sometimes get funny looks from non-Muslim shop assistants and shoppers when I go to Ann Summers. So I do believe that some non-Muslims still have the misconception that Muslim women – even British Muslim women –  are prudes and do not know much about sex or have an interesting sex life.”

Imran, who says she has never felt shameful about her body and rejects Eastern notions around calling things ‘shameful’,” wonders how much her lack of shame in association to sex comes from having a mother who’s an English Muslim. “I have a feeling if both my parents were Egyptian I would not have been so open about sex.”

Heesambee imparts a similar experience by also being a visibly Muslim woman. “There are times people find it surprising to see visible Muslim women speaking about sex and they project the idea of Muslim women being too “conservative” as opposed to humans with thoughts, desires and emotions.” When in fact, when speaking to all the Muslim women in this piece, they all shared how these issues were attached to cultural and patriarchal shaming of Muslim women’s bodies, not necessarily what Islam itself promotes.

“As British Muslim women read Islamic texts for themselves and reject patriarchal interpretations fed to them by male clerics who mix culture with religion, they are starting to feel empowered and are increasingly having open and healthy conversations about sex,” shares Imran.

Let’s not forget that it was the sexual revolution brought on through the existence of Islam that made the rest of the world’s eyes open. As discussed in Fariha Roisin’s newsletter How To Cure A Ghost, in an interview with Fatima Mernissi, author of Author of Sex and Lies Leila Slimani says, “Islamic cultures have long been well known for their sensuality and eroticism. As Mernissi reminds us, wasn’t it Christians who found Mohammed’s display of his conjugal and sexual contentment unseemly?”

Yet time and time again, reiterating and re-educating the broader public (both of the East and West) that it is patriarchal standards, not Islamic ones, which confine a woman’s sexuality, makes Heesambee and the rest of us wonder: “At what point are we allowed to have real, honest conversations about sex? At what point do we get to show up to these discussions as we are?”